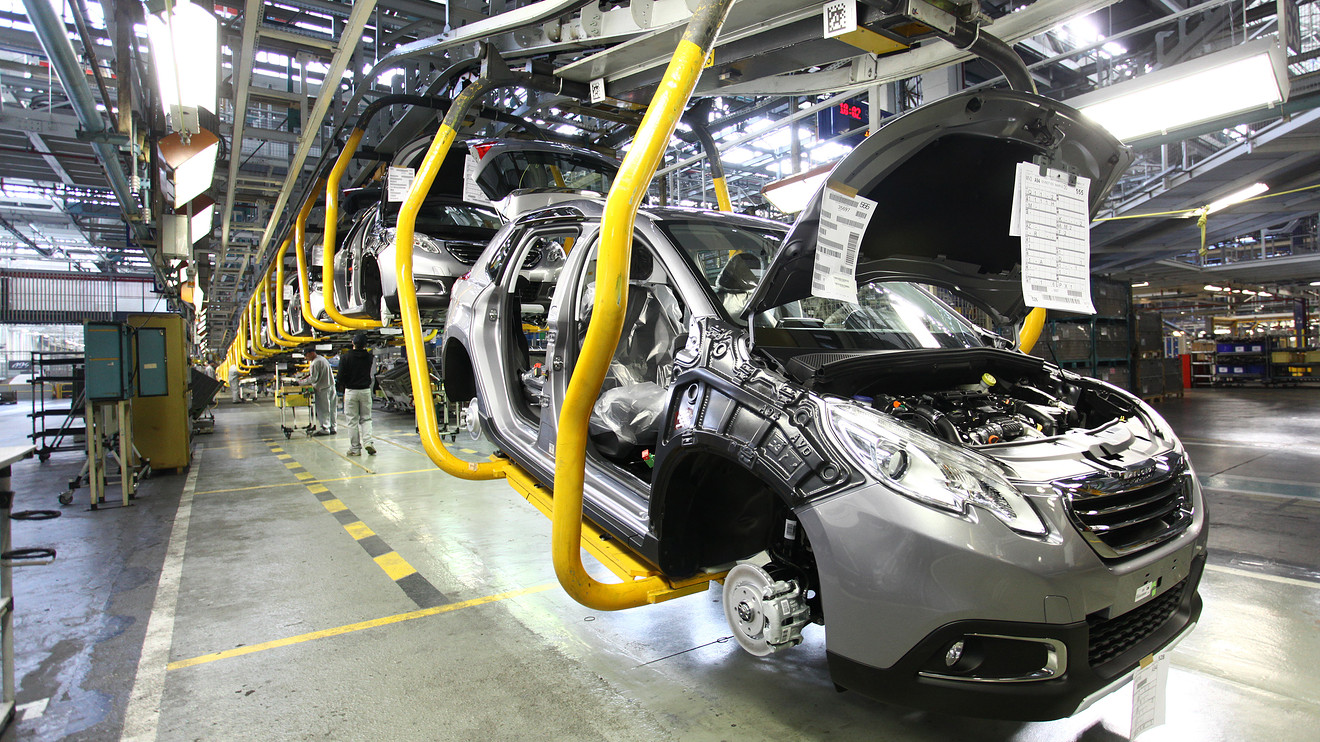 European stock market trading was mixed on Wednesday, subdued by disappointing reaction to bank-sector results, but balanced by gains for autos after Peugeot and Fiat Chrysler Automobiles confirmed merger discussions.

Investors were also hesitant ahead of a decision from the Federal Open Market Committee.

The S&P 500 SPX, -0.08%  retreated from a record high on Tuesday after an earnings miss from Alphabet GOOGL, -2.20%  parent Google. Results from Apple AAPL, -2.31%  and Facebook FB, -0.05% are due after the close. Ahead of that, the market is waiting on a policy decision from the Federal Reserve, with expectations of a third straight interest-rate cut.

Read: Here’s how the stock market tends to perform after the Fed cuts interest rates 3 times in a row

On the data front, there was fresh evidence a slowdown in Germany is hitting the labor market. Jobless claims rose by 6,000 in October, after a revised fall of 9,000 in September, the German Federal Employment Agency said on Wednesday.

Among the big movers in Europe, shares of Fiat Chrysler Automobiles FCA, +9.02%  jumped 7.8% and those of Peugeot UG, +6.06%  surged 6% after the auto makers confirmed they were in discussions over a merger that could create a roughly $46 billion trans-Atlantic auto giant.

Fiat was exploring a merger with Renault RNO, -4.07%, whose shares fell 2%, just a few months ago, but the deal collapsed after an intervention from the French government.

“Given that the French government also holds a major stake in Peugeot, of 14%, it is hard not to see that this attempt by Fiat might well go the same way as the failed Renault attempt earlier this year,” Michael Hewson, chief market analyst at CMC Markets, told clients in a note.

Volkswagen VOW3, +1.37%  shares rose 1% after posting gains in earnings and revenue, though the auto maker cut its full-year forecast for deliveries.

Banks were active, with Deutsche Bank DB, -0.87% DBK, -5.42%  shares near the top of the decliners list, with a drop of nearly 6% after the German lender reported its second consecutive quarterly loss, as it continues to carry out a deep restructuring.

Shares of Credit Suisse CSGN, -2.75% CS, +0.16%  fell 3% after the Swiss bank said third-quarter net profit more than doubled, beating expectations. But it also warned of a seasonal slowdown in the final quarter of the year.

Other shares on the move included Nestlé NSRGY, +0.43% NESN, +1.22%, up 1% after Bloomberg News reported the food group may consider selling controlling stakes in two underperforming Chinese units for more than $1 billion. A spokesman for Nestlé declined to comment to Bloomberg.