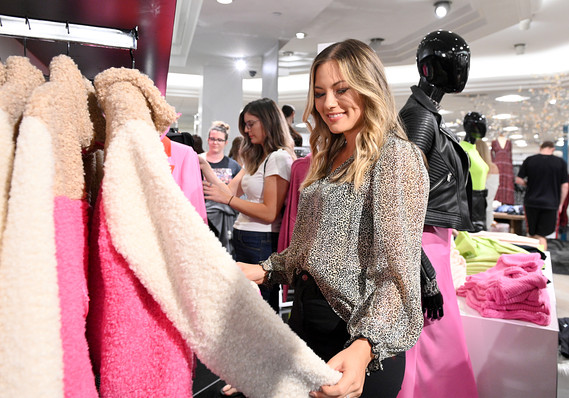 The numbers: Confident consumers kept the U.S. economy humming along in the third quarter, spending more than enough to counter a big drop in business investment tied to falling oil prices and the ongoing trade war with China.

Gross domestic product, the official scorecard for the economy, grew at an 1.9% annual pace in the third quarter, the government said Wednesday.That’s down just a tick from 2% growth in the spring. 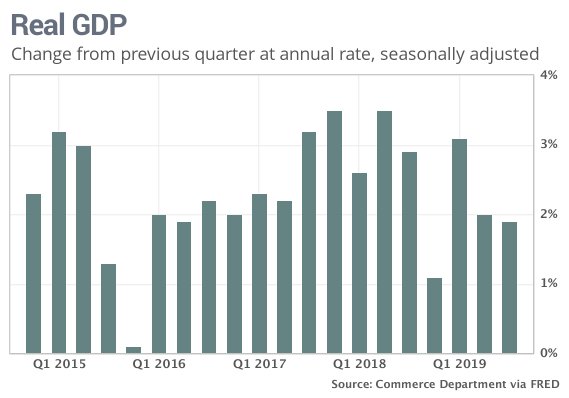 Wall Street had braced for an even steeper decline. Economists polled by MarketWatch had forecast GDP to taper to 1.6%.

Read: Weak unions, globalization not to blame for shrinking slice of income pie for workers

Businesses were not so confident. The festering trade war with China has disrupted supply lines, raised raw material costs and made companies hesitant to spend. Falling oil prices also curbed activity in the energy industry.

Investment in structures such as drilling rigs sank more than 15% in the third quarter, marking the biggest decline in almost four years. Spending on equipment such as computers and aircraft also fell a sharp 3.8%.

Yet somewhat surprisingly, businesses kept inventory levels fairly high. The change in inventories slipped to just $69 billion from $69.4 billion in the spring. Wall Street had expected a much bigger decline.

Government spending, meanwhile, increased just 2% during the summer after an outsized 4.8% advance in the second quarter.

International trade was another small drag. Exports rose 0.7% to partly rebound from a big drop in the second quarter, but imports rose somewhat faster at 1.2%.

Inflation pressures receded in the third quarter. The Federal Reserve’s preferred PCE inflation barometer rose just 1.5%, down from a 2.4% clip in the spring.

Big picture: GDP is the official measuring stick of the U.S. economy — and what it shows is steady if unspectacular growth.

While tensions over international trade policy have unnerved businesses, consumers have mostly shrugged it off. Rising incomes, the ease of finding work and the lowest unemployment rate in 50 years have given consumers plenty of confidence to go about their lives and keep the economy moving along.

The U.S. and Chinese governments, for their part, have sought to lower tensions by returning to the bargaining table. The new round of talks this month has eased the anxiety on Wall Street, helping to push stocks to record highs.

Still, businesses are likely to continue to be hesitant to spend and invest until they get more clarity on the outcome of U.S.-China trade talks. Economists predict GDP will grow about 2% in the fourth quarter as well.