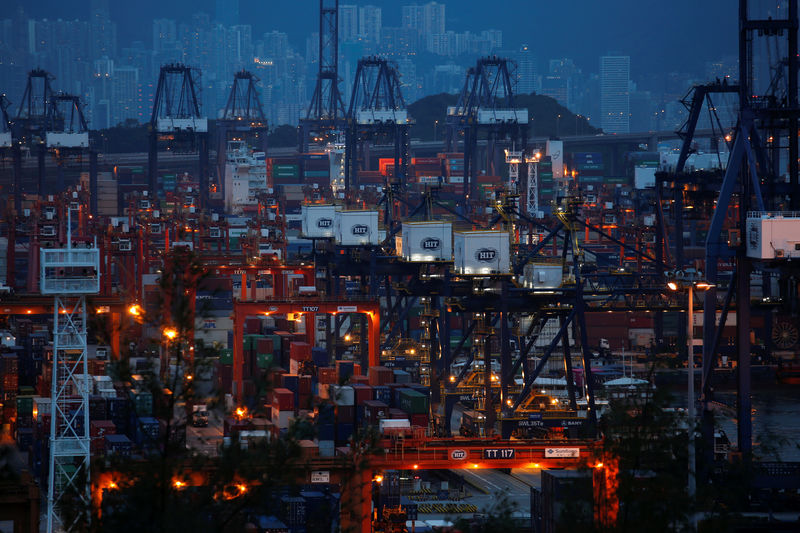 © Reuters. A general view of Hongkong International Terminals as part of the Kwai Tsing Container Terminals in Hong Kong

LONDON (Reuters) – A cyber attack on Asian ports could cost as much as $110 billion, or half the total global loss from natural catastrophes in 2018, a Lloyd’s of London-backed report said on Wednesday.

Cyber insurance is seen as a growth market by insurance providers such as Lloyd’s, which specializes in covering commercial risks, although take-up in Europe and Asia remains far behind levels in the United States.

The worst-case scenario in the report was based on a simulated cyber attack disrupting 15 ports in Japan, Malaysia, Singapore, South Korea and China. Some 92% or $101 billion of the total estimated economic costs of such an attack are uninsured, Lloyd’s said.

The figure was calculated by simulating the impact of a computer virus carried by ships and which scrambles cargo database records at the ports.

The report was produced by the University of Cambridge Centre for Risk Studies, on behalf of the Cyber Risk Management (CyRiM) project, in partnership with Lloyd’s.

Asia is home to nine of the world’s 10 busiest ports and is a crucial part of the supply chains for the world’s leading companies in sectors from autos to industrial goods, clothing and electronics.

The report estimated that the world’s transport sector, including aerospace, would be hit the most, with economic losses totaling $28.2 billion. Manufacturing would take a $23.6 billion hit, while retail would face losses of $18.5 billion.

Countries with links to each port would also be hit. As such, Asian countries would be hit the most, with $26 billion in indirect losses, followed by Europe with $623 million and North America with $266 million.

“We know that the biggest assets for companies are not physical, they are intangible,” said Lloyd’s Chief Executive John Neal. “With the increasing application of technology and automation, these risks will become even more acute.”