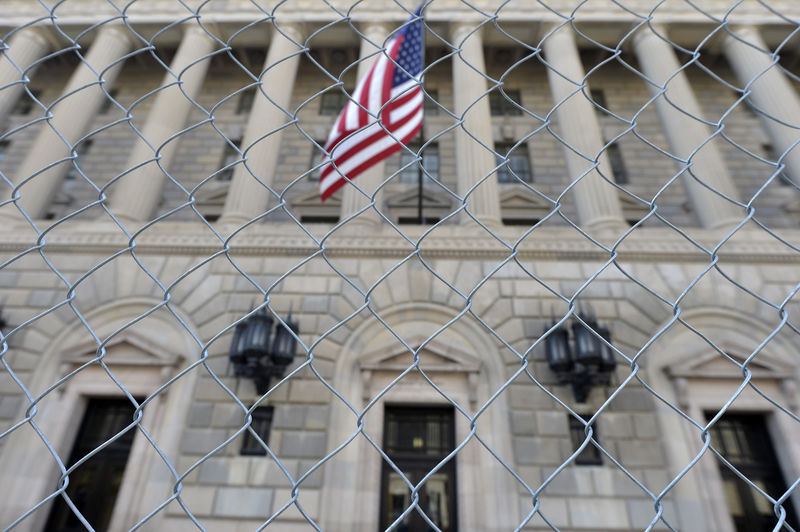 © Reuters. A fence surrounds the U.S. Department of Commerce in Washington

WASHINGTON (Reuters) – Rules to implement a White House executive order that is expected to pave the way for China’s Huawei to be banned from the U.S. telecoms supply chain are “under consideration and review,” a Commerce Department official said on Tuesday.

The rules, which were due earlier this month, would implement an earlier declaration of a national emergency in the telecoms supply chain, and are likely to be used by Washington to tighten the squeeze on the telecoms equipment giant.

Speaking at an event in Washington, the official, Eileen Albanese, said the rules were “under consideration and review,” without offering a time line. They are “not yet ready for prime time,” she added.

The White House in May mandated that Commerce write the rules, which will likely spell out new requirements for companies to participate in the telecoms supply chain. That same day, the department placed Huawei Technologies Co Ltd, the world’s No. 1 telecoms equipment supplier, on the so-called entity list, citing national security concerns. U.S. companies are banned from selling to Huawei without a special license.

Although top officials have encouraged U.S. companies to apply for licenses, promising to permit sales of products to Huawei that are readily replaceable and do not compromise U.S. national security, the Commerce Department has yet to issue responses to more than 200 license requests it has received.

Albanese said the license requests were still in process and declined to give a time line on issuing them.

Many China-watchers see Huawei as a pawn in the trade war between the United States and China as President Donald Trump’s administration uses the sanctions against one of China’s most successful multinationals to wring concessions out of Beijing.

Albanese also said Commerce would propose emerging technology rules “shortly” and that the agency hoped to seek comment before proposing a rule for foundational technology before the end of the year.

But she cautioned against being “shortsighted” and writing rules that are so tough that they cut off the revenue flows from foreign customers that allow U.S. firms to stay at the forefront of technology.

“We need to take a very balanced approach, use all the tools in our tool box but not to the point where it’s a sledgehammer,” she said, arguing such an approach could drive U.S. companies offshore.