Home
Stocks
The New York Post: Deadspin not sticking to sports as writers revolt against owners
Prev Article Next Article 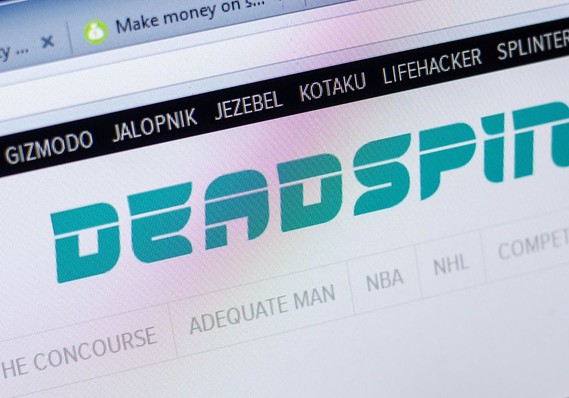 An internal revolt is underway at news site Deadspin as staffers refuse to follow orders from their G/O Media bosses to file only sports stories.

On Monday, G/O CEO Jim Spanfeller’s editorial director issued a memo telling Deadspin writers — who primarily cover sports, but also write about politics, media and culture — to “write only about sports and that which is relevant to sports in some way.”

By Tuesday, rebellious staffers were filling the site with entirely non-sports stories — and the site’s deputy editor said he had been fired for refusing to follow the directive.

“Hi! I’ve just been fired from Deadspin for not sticking to sports,” tweeted Barry Petchesky.

Hi! I’ve just been fired from Deadspin for not sticking to sports.

Top postings on Tuesday included “Woman Furiously S—s on Floor of Tim Hortons, Throws it At Employees,” as well as “What Did We Get Stuck in Our Rectums Last Year,” and “The Hateful Life and Spiteful Death of the Man Who Was Vig the Carpatian.”

Also prominently featured on Deadspin’s web site Tuesday was an Aug. 23 story by Deadspin’s former editor Megan Greenwell blasting Spanfeller, who was named CEO after private equity firm Grey Hill Partners bought Deadspin, along with Gizmodo and Life Hacker and the Onion, from Univision in April.

The article by Greenwell, who then jumped to Wired magazine, claimed Spanfeller had been filling open executive jobs at G/O with “older white guys” drawn from his days as CEO at Forbes Media and executive VP at Playboy Enterprises. Deadspin has denied the criticisms, saying nearly half of its executive hires have been women.

The executive behind Monday’s explosive memo, G/O Media editorial director Paul Maidment, defended the company’s decision in a second memo on Tuesday — suggesting management is digging in their heels on the sports coverage.

“Yesterday I sent a memo to Deadspin staff stating that our sports site should be focused on sports coverage. As I made clear in that note, sports touches on nearly every aspect of life — from politics to business to pop culture and more. We believe that Deadspin reporters and editors should go after every conceivable story, as long as it has something to do with sports.”

Maidment, didn’t mention the fired Petchesky by name, but appeared to refer to him in the update. “We are sorry that some on the Deadspin staff don’t agree with that editorial direction and refuse to work within that incredibly broad mandate.”

The web site’s union, Writers Guild of America East, suggested it could push back against additional firings, however. “Earlier today, @Jim Spanfeller, CEO of G/O Media fired our colleague and longtime Deadspin deputy editor Barry Petchesky. This will not stand,” it tweeted.

The revolt comes as aggressive cost cutting appears to have dramatically improved the company’s finances. In early October, G/O Media said that the company actually posted a quarterly profit after laying off 25 staffers since Grey Hill Partners’ April takeover. On October 10, the company also abruptly shut down its snarky web site Splinter, saying it did not see a long term path to profitability.