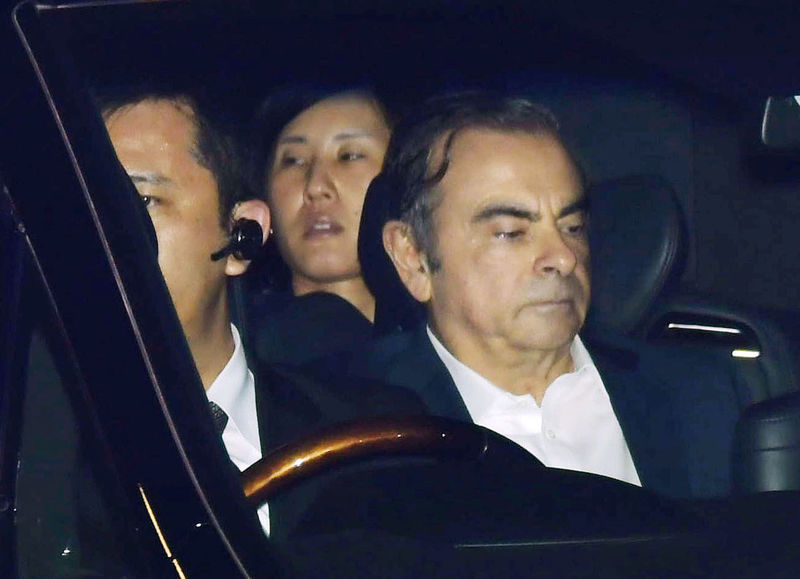 The Japanese newspaper, without citing sources, said the National Tax Agency found Ghosn used Nissan money for several years to pay consultant’s fees to his sister for fictitious work and to make donations to a university in Lebanon.

The former Nissan chairman holds Lebanese nationality. He is awaiting trial in Japan on charges of financial misconduct, which he denies.

Nissan recorded some 150 million yen ($1.4 million) as secretary’s office expenses for three years through March 2014. But the agency ordered Nissan to pay tax on the amount after judging the expenditure was for private use and should not have been deducted as expenses from corporate income, the Yomiuri reported.

While the finding has not led to a criminal case, it backs up Nissan’s claim that Ghosn improperly used the company’s money, the newspaper said.

A tax official told Reuters that the agency could not comment on individual cases. A Nissan spokeswoman said the automaker was checking the newspaper report. Lawyers for Ghosn did not immediately reply to an emailed request for comment.

Since his first arrest in November last year, Ghosn has been charged four times on allegations he underreported his Nissan salary, temporarily transferred personal financial losses to Nissan’s books, and authorized payments to car dealers with the purpose of enriching himself.

On Thursday, Ghosn’s lawyers said they had asked the Tokyo District Court to dismiss all charges against their client, saying prosecutors had colluded with government officials and Nissan executives to oust him from his post.

At the time of his arrest, Ghosn was working to strengthen Nissan’s relationship with Renault SA (PA:), which he also chaired and which is part-owned by the French government. The effort was unpopular among Nissan management, people close to the Japanese automaker previously told Reuters.

The Yomiuri said Nissan had already filed a correction and paid additional tax of around several tens of millions of yen (several hundred thousand dollars).

The tax agency is investigating additional years, the newspaper said.