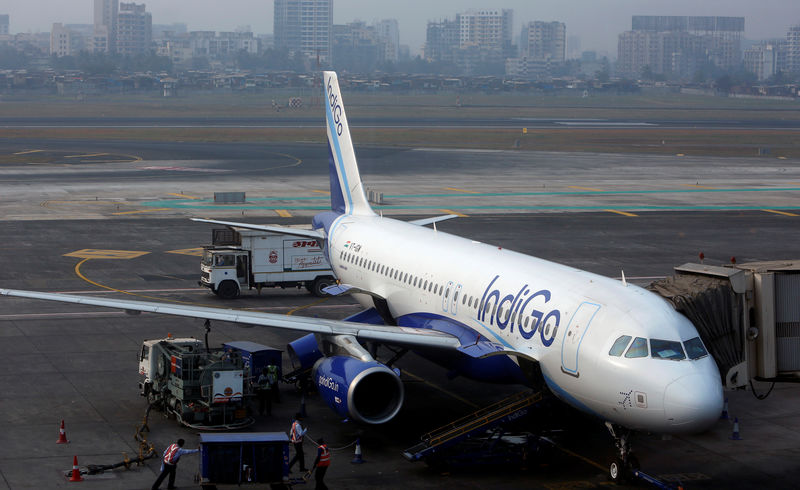 By Aditi Shah and Tim Hepher

NEW DELHI/PARIS (Reuters) – Indian budget airline IndiGo is close to placing a near-record order for more than 300 Airbus (PA:) A320neo-family jets worth at least $33 billion at recent catalog prices to cement its position as India’s largest carrier by market share.

People familiar with the matter told Reuters that IndiGo, part of InterGlobe Aviation (NS:), was putting the finishing touches on an order that would include Airbus’s newest jet, a long-range version of the single-aisle A320 type called the A321XLR.

IndiGo did not immediately respond to a request for comment on Tuesday. On Monday, a spokeswoman said there were no plans on the order front “as of now”. Airbus declined to comment.

The expected deal caps a contest between Airbus and Boeing (NYSE:), which seeks a new endorsement for its grounded 737 MAX after British Airways owner IAG (L:) tentatively agreed in June to drop Airbus as its medium-haul supplier and commit to 200 MAX.

A new deal for 300 A320neo-family aircraft would be worth $33 billion at the most recent list prices, published in 2018, but a deal of this scale would come in well below half that after discounts, according to aircraft valuation experts.

IndiGo was among the first carriers to buy the re-engined A320neo in early 2011.

Two years ago, an unrelated U.S. private equity company called Indigo Partners placed a record order for 430 jets spread between four airlines, but the expected new IndiGo order could be Airbus’s largest ever from a single airline.

IndiGo has expanded rapidly to claim almost half the Indian market as rivals such as bankrupt Jet Airways fall by the wayside. Its closest competitor is SpiceJet, a Boeing operator.

However its two co-founders, Rakesh Gangwal and Rahul Bhatia, have been embroiled in a dispute about corporate governance of the airline that shows no signs of easing.

CFM is jointly owned by France’s Safran (PA:) and General Electric (N:) of the United States.

Indian regulators on Monday ordered IndiGo to modify its 16 earlier Airbus A320neo aircraft fitted with Pratt & Whitney engines, which have been linked to in-flight shutdowns, to avoid their grounding.