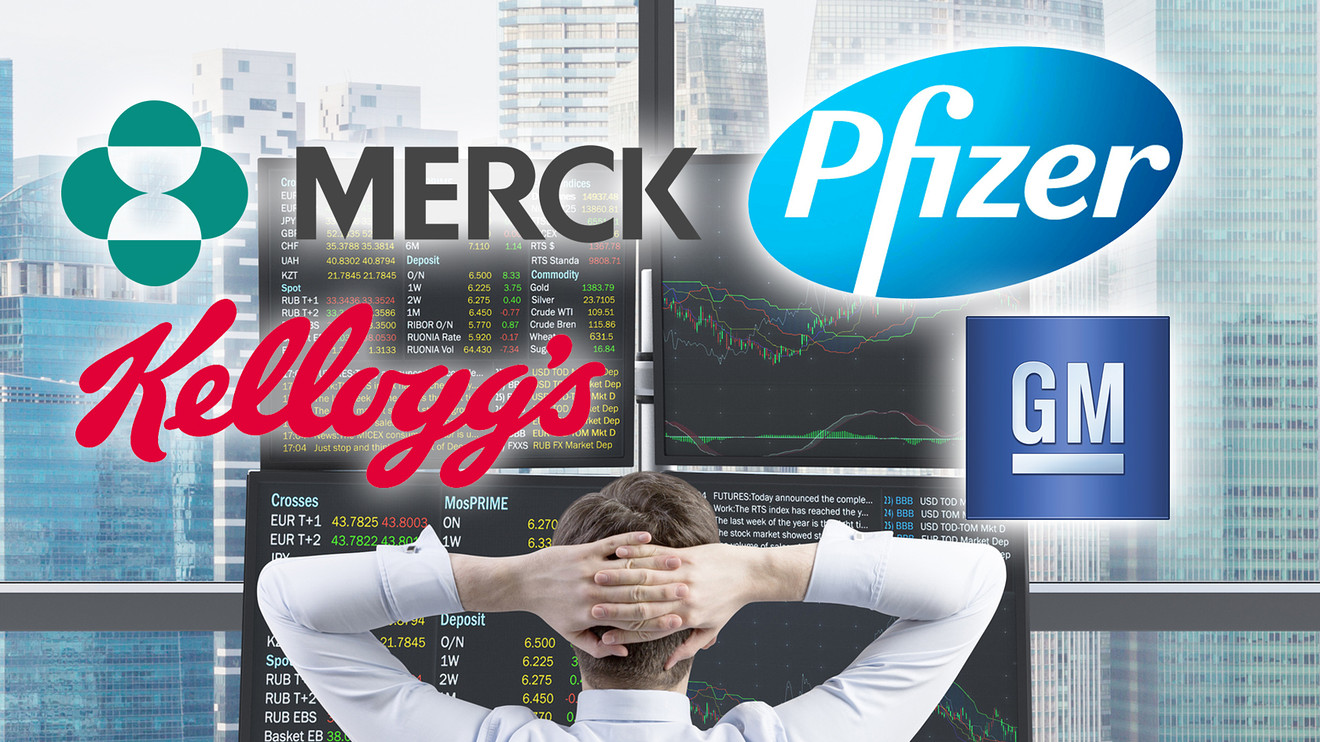 Pfizer stock PFE, +3.22%  was last up 2.8%, after the drug company topped earnings estimates for the third quarter and raised profit guidance. The New York-based drug company said sales at its biopharmaceutical business rose 7% to $10.11 billon, boosted by demand for breast cancer treatment Ibrance; sales of Xeljanz, a treatment for rheumatoid arthritis, psoriatic arthritis and ulcerative colitis; sales of Eliquis, which treats blood clots; Vyndaqel, a treatment for heart disease; and Inlyta, a treatment for kidney cancer as well as strength in emerging markets.

Analysts highlighted the performance of Vyndaqel, also called tafamidis, a drug that is used to treat a rare heart disease called transthyretin amyloid cardiomyopathy, or TTR-CM, which is characterized by the buildup of abnormal deposits of misfolded protein called amyloid in the heart that can cause heart failure. The drug won approval from the U.S. Food and Drug Administration in May as the only treatment for the fatal disease and the third quarter marked its first full quarter of sales in the U.S. market.

The drug chalked up total worldwide sales of $156 million, including $77 million in the U.S., $40 million in Europe, $29 million from the rest of the world’s developed markets and $8 million in emerging markets. Leerink analyst Mani Foroohar said the U.S. number was 75% above Leerink’s estimate of $44 million.

“Given the quicker-than-expected ramp, Vyndaqel sales in the U.S. will probably land at the high end of our sensitivity analysis in the $228-250M range for FY19 as all signs point to successful market-building and a substantial opportunity for TTR-CM in the U.S..,” the analyst wrote in a note to clients.

Evercore analyst Umer Raffat said he was most impressed by the number of patients that have already been diagnosed with TTR-CM at 4,800, “materially ahead of Street and by far the big focus for investors heading into this launch: super low diagnosis rate in this disease.”

Raffat is expecting the drug to track to close to $1 billion in U.S. revenues, which would make it a blockbuster drug for Pfizer. The analyst is expecting a broad-based revision of analyst estimates.

Merck shares were last up 1.8%, after the New Jersey-based drug company beat expectations for the third quarter and raised its full-year guidance. Sales grew 15% to $12.40 billion, above the FactSet consensus of $11.64 billion, as sales of its top-selling cancer treatment Keytruda increased 62% to $3.07 billion to top forecasts of $2.87 billion.

Read: Taking blood-pressure medication at this time of day could save your life