Home
Stocks
Capitol Report: Why GDP is likely to show a more wobbly U.S. economy in the third quarter
Prev Article Next Article 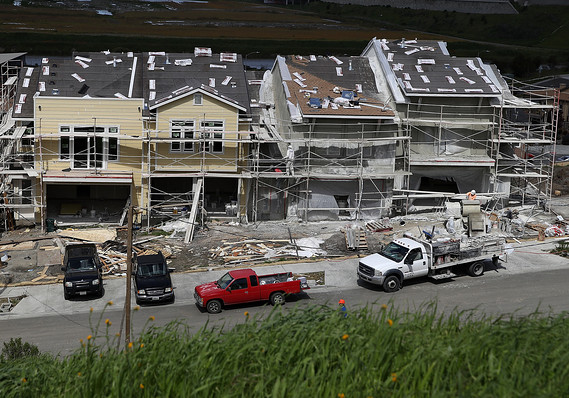 The U.S. economy downshifted in the spring and summer, but the housing market was one of the bright spots.

The massive U.S. economy was unable to escape any harm from a trade war with China and a deteriorating global outlook during the summer. Growth likely slowed for the second quarter in a row.

Here’s are five things to watch in third-quarter GDP, the official scorecard for the U.S. economy, when the preliminary estimate is published by the Commerce Department on Wednesday. Analysts polled by MarketWatch predict growth tapered off to 1.6% from 2% in the prior quarter. 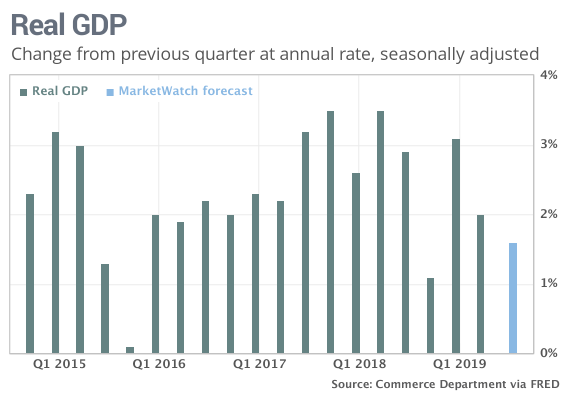 There’s no way Americans could keep spending like they did in the spring, when outlays surged 4.6%. Since 2000 consumer spending has risen an average of 2.4% a quarter.

Wall Street DJIA, +0.01%  forecasts spending will increase between 2.5% and 3% in the third quarter. Still pretty good, and a good sign for an economy heavily dependent on consumers. Almost 70% of U.S. economic activity is tied to household spending.

The trade war with China dented the confidence of businesses more than it affected households.

CEOs and small-business owners cut back on hiring and investment in the third quarter and are more hesitant to make big plans until the dispute is resolved. Many firms have experienced disruptions in supply lines or faced higher costs owing to stiff U.S. tariffs and retaliatory Chinese sanctions.

Declining investment in equipment and structures such as drilling rigs or office space is likely to weigh heavily on gross domestic product, shaving as much as one percentage point off growth.

The U.S. trade gap appears to have widened slightly in the third quarter as imports outpaced exports. If so, a bigger trade gap will cut GDP further down to size

Many businesses scaled back production of goods and services, especially those that do a lot of business overseas. Higher import tariffs, a weakening global economy and stronger U.S. dollar all combined to dampen demand for American-made goods.

As a result, the value of inventories or unsold goods likely grew more slowly in the third quarter. That could trim GDP by a few tenths of a percentage point.

Read: ‘We are all screwed!’ The U.S. is like a banana republic, warns money manager

Six straight quarters of declining investment in new houses is all but certain to come to an end. Tumbling mortgage rates made home buying more affordable during the third quarter and many Americans took advantage.

Residential investment is likely add a few ticks to GDP and could potentially push growth closer to the 2% mark.