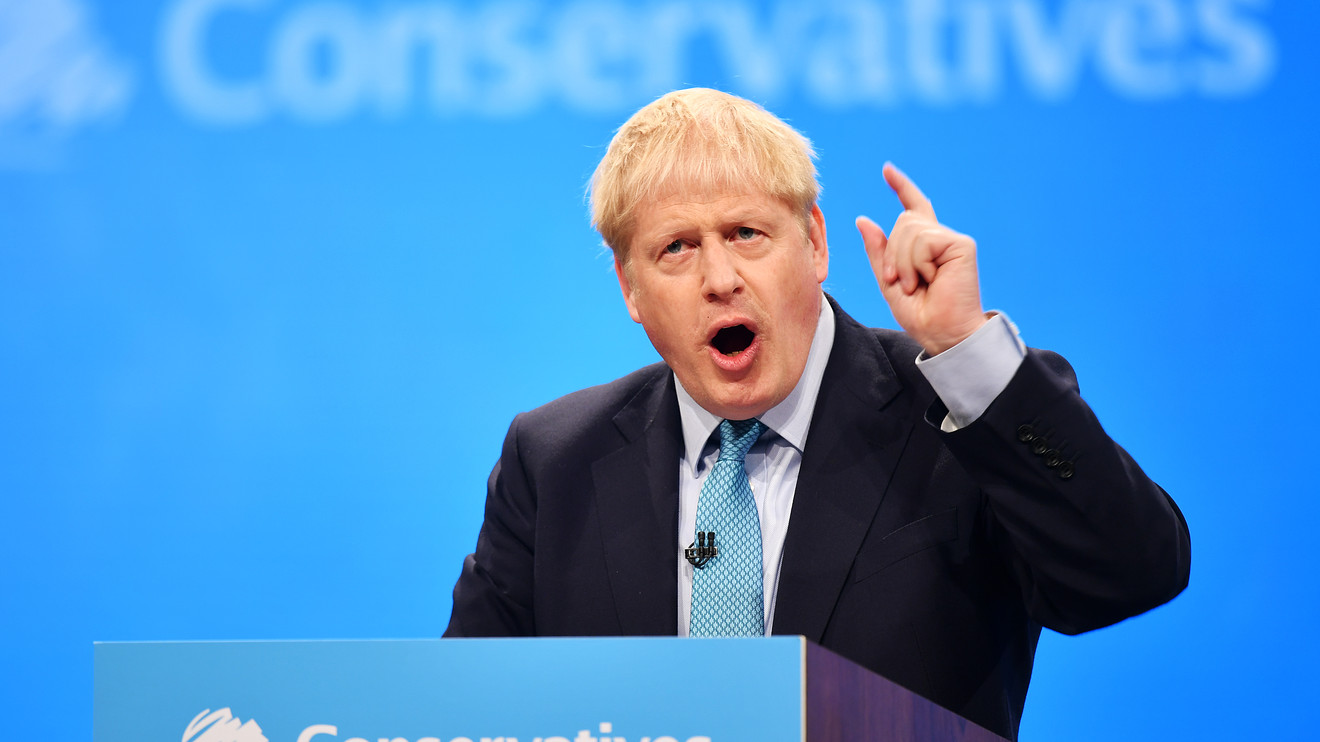 The U.K. looks set for a general election in early December, after opposition leaders backed Prime Minister Boris Johnson’s call to arrange one. That poll will determine the course of the country’s departure from the European Union — or might even cancel it altogether.

The bill passed in Parliament on Tuesday against the backdrop of a charged political atmosphere, which had created some fear that last-minute wrangling over details could derail it at the eleventh hour.

According to Britain’s pollsters, Johnson has a commanding lead among the public, but the vagaries of the electoral system mean it will be touch-and-go for him to secure a majority. If he does, it could finally mean a decisive end to three years of political turmoil over Brexit.

Johnson was elected leader of the Conservative Party in July on a pledge to ensure a rapid exit from the EU on Oct. 31, even at the risk of economic disruption. He failed in that pledge after a rebellion by some Conservative MPs led to Parliament’s saying “no” to the notion of Brexit at any price, and Johnson promptly sacked all of them, erasing his majority.

The EU then agreed to extend the deadline to Jan. 31, paving the way for a U.K. election to resolve the gridlock in Parliament. Much will hinge upon the result, which could be very close.

The country is still largely split down the middle on Brexit, along the lines of the 2016 referendum, which produced a 52-48 majority for leaving. Most pollsters say that ratio has now reversed, but the country is finely balanced.

Yet even a small majority for Johnson’s Conservatives would mean Brexit will happen fast — almost certainly by Jan. 31 — and entirely on the terms of 2016’s victorious “Leave” campaign, of which Johnson was a leader and whose staffers now hold key posts in his administration. Johnson has purged pro-EU rebels from his party — including one who was the U.K.’s finance minister until July.

So if he wins, his party will be united behind his vision of Brexit: the greatest possible orderly separation of economic ties between Britain and its largest trading partner.

In the short term, markets UKX, -0.34% Z00, +0.18%  and the pound GBPUSD, +0.0078% will welcome a deal — any deal. That is because it secures a much-needed “transition period,” a two-year hiatus in which businesses will retain access to EU markets on the same basis as today. It removes the risk of the crash-out “no deal” Brexit that markets have spent three years fretting over.

So once the transition is definitely secured, the pound and U.K. assets can be expected to bounce. Azad Zangana, a senior economist at U.K. fund manager Schroders, said that “a smooth Brexit with a transition period removes a great deal of downside risk for the U.K. economy. We would expect business investment to rebound.”

But few expect the divorce to be positive for the U.K. economy in the long term. It could be particularly bad news for the manufacturing sector, which has developed close ties with Europe.

Oliver Blackbourn, who manages money for Janus Henderson in London, pointed out that the country still faces years’ worth of negotiations with the EU over a future trade treaty. “Continued uncertainty about the U.K.’s future relationship with the EU is likely to weigh on growth.”

But is Johnson certain to win, and pass his deal? There is an unusual amount of uncertainty in the pollsters’ predictions, as the companies themselves are the first to admit. Brexit has shattered the U.K.’s established two-party system.

A new force has arisen on the right, the simply named Brexit Party, which campaigns on the premise that even Johnson’s plans are too EU-friendly. Conversely, Britain’s longstanding third-placed Liberal Democrats have doubled down on their traditional pro-European stance, promising to immediately revoke the U.K.’s exit notice and ignore the 2016 referendum result.

Both have looked competitive in some recent polls, though the Lib Dems’ more established presence is more likely to translate into seats in Parliament. But the Brexit Party could eat into the Conservatives’ vote and could deny them victories — unless Johnson agrees a pact with them, as anti-EU campaigners want.

Meanwhile the Liberal Democrats are likely to poach some of Labour’s votes, splitting the allegiance of the “Remain” half of the country. But complicating the picture, there have been in previous elections far more competitive Lib Dem–Conservative face-offs than Lib Dem–Labour ones. A whole swath of seats in the West of England fit this bill. So a Lib Dem revival could also hurt Johnson.

In some seats, pundits are expecting full-blown four-way dogfights. In Scotland, which accounts for 59 members of the U.K.’s 650-strong House of Commons, the established parties are all on the run before the Scottish National Party, which pundits predict may even extend its commanding lead this time.

With that backdrop, translating Johnson’s steady lead in U.K. national polls into a result on the ground is a fool’s game. One can easily tell the pollsters who care about the integrity of their profession: They are the ones saying “we simply don’t know.”

So if Johnson does fall short of his majority — what then?

Few expect Labour to outright win this election, though nothing is impossible. If it does, or if it can form a coalition with either — or both — Lib Dems and SNP, then the U.K. is heading for either a softer form of Brexit or its complete cancellation.

Labour’s policy is to negotiate a “better” deal with the EU and then put it to a public referendum to confirm it — in which voters could also chose to abandon Brexit entirely. Labour’s leader has said he would remain neutral in such a vote, and do whatever he is told.

A more plausible outcome of December’s vote is a Parliament in which Johnson has no majority, but the Conservatives are the largest party and form a minority administration.

If that is the outcome, the U.K. is essentially back to Square One on Brexit. Johnson will be a prime minister who has bet the house on a clean break with Europe, who has reshaped his party in that image, but who once again cannot get it through Parliament. If he tried to reverse course for a softer, “compromise” Brexit, the party he has created will eat him alive — just as it did his predecessor.

It really all does come down to that majority.