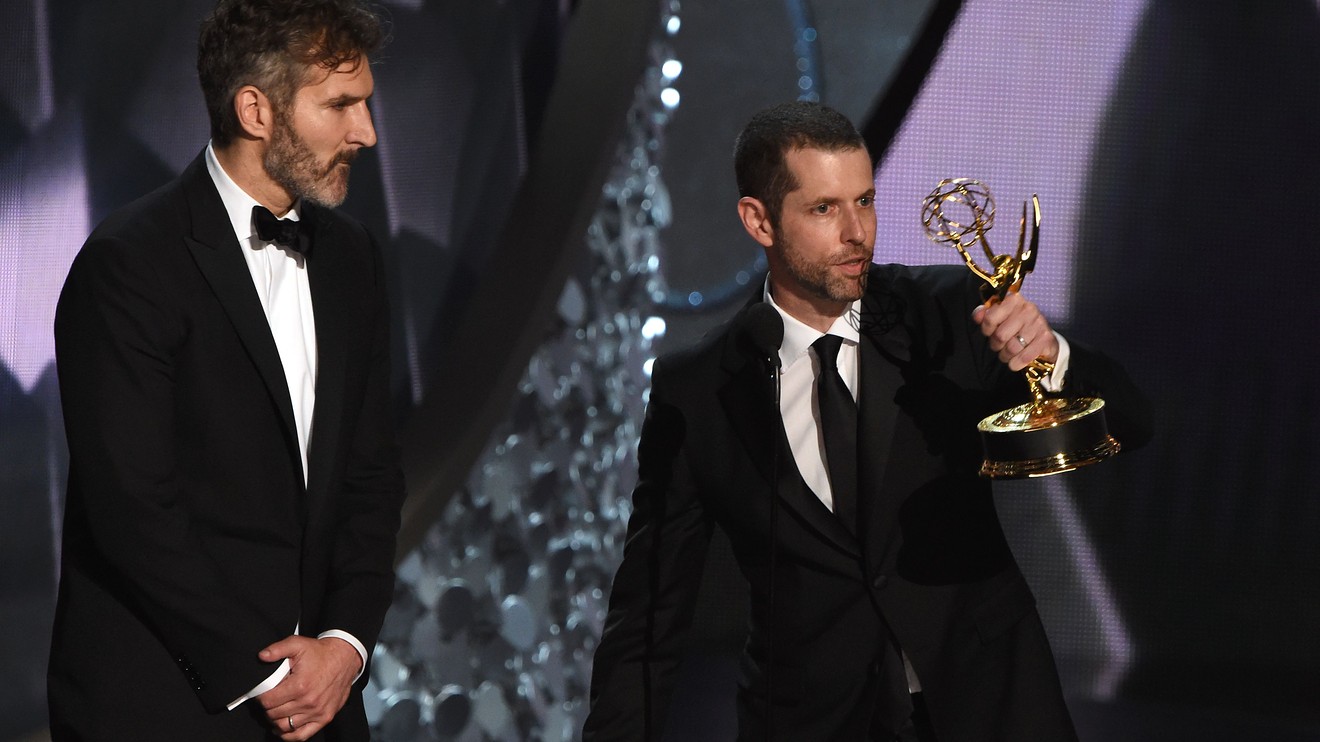 As if they fell under a curse from the red witch Melisandre, two major Hollywood tentpole projects have turned to dust in recent days, as “Game of Thrones” showrunners David Benioff and D.B. Weiss pulled out of a new “Star Wars” movie trilogy and HBO reportedly declined to pick up a “Game of Thrones” spinoff series.

Late Monday, Benioff and Weiss, who launched the massively popular and award-winning “Game of Thrones” on HBO in 2011, said they have walked away from plans with Walt Disney Co. DIS, -0.80%   to write and produce a new “Star Wars” trilogy starting in 2022. It was unclear if the project will advance under a new creative team.

Then on Tuesday, Deadline reported that AT&T’s T, -1.12%   HBO will not pick up a prequel “Game of Thrones” series from writer Jane Goldman and starring Naomi Watts. The series was to have focused on events thousands of years before “Game of Thrones,” and had been given the green light in 2018. A pilot for the series had been shot, but reportedly needed extensive post-production work. HBO has reportedly green-lighted another “Game of Thrones” spinoff, this one set about 300 years before the events of the TV show.

Benioff and Weiss signed a development deal with Netflix Inc. NFLX, -0.23%   in August that’s reportedly worth up to $300 million. They said that in the wake of that deal, there simply wasn’t enough time to do “Star Wars” as well.

“There are only so many hours in the day, and we felt we could not do justice to both ‘Star Wars’ and our Netflix projects,” they said in a statement. “So we are regretfully stepping away.”

Disney’s Lucasfilm left the door open for them to return one day. “David Benioff and Dan Weiss are incredible storytellers,” Lucasfilm president Kathleen Kennedy said in a statement Monday. “We hope to include them in the journey forward when they are able to step away from their busy schedule to focus on ‘Star Wars.’”

Disney still has a number of “Star Wars” projects in development, including the upcoming Disney+ series “The Mandalorian,” the final installment of the Skywalker movie saga “Star Wars: The Rise of Skywalker” in December, a Disney+ series starring Ewan McGregor as Obi-Wan Kenobi, and a separate film trilogy helmed by director Rian Johnson.