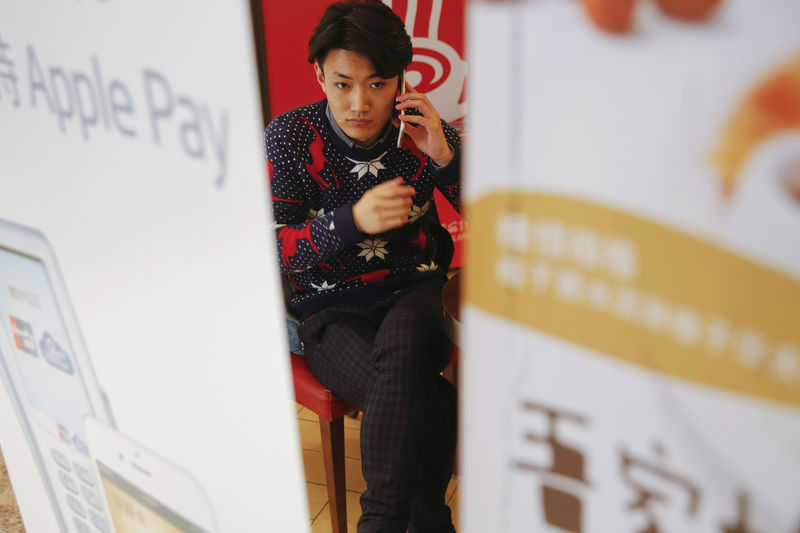 BRUSSELS (Reuters) – Apple (O:) faces more regulatory woes in Europe as EU antitrust regulators ask online sales companies whether they have been told to use its mobile payment service instead of rival services, an EU document seen by Reuters showed.

In a questionnaire sent in August, the European Commission said it had information Apple may have restricted online payments for the purchase of goods and services made via merchant apps or websites, in breach of EU antitrust rules.

Launched in October 2014, Apple’s mobile payment service Apple Pay is part of the company’s diversification from device sales. It is available in more than 50 countries worldwide, including in more than 20 EU countries.

The questionnaire asked if companies were under a contractual obligation to enable a certain payment method and also if such contracts included conditions for integrating Apple Pay in their apps and websites.

Regulators wanted to know if Apple has rejected merchant apps as incompatible with the terms and conditions for integrating Apple Pay in their apps.

The Commission confirmed that it had sought information from market participants.

“The Commission is actively monitoring the development of mobile payment solutions, the behavior by operators active in the payments sector, including mobile payments,” the EU competition enforcer said.

Apple did not immediately respond to a request for comment from Reuters.

Critics have long complained about an NFC chip embedded in the Apple iPhone which means Apple Pay is automatically selected when an iPhone user pays for goods and services, barring rival payment methods.

Recent alerts on iPhones asking users if they want to set up Apple Pay on their devices have also triggered protests from some.

In an interview with Reuters last year, European Competition Commissioner Margrethe Vestager said she might investigate Apple Pay if there are formal complaints.

Apple is already the target of a complaint by Swedish music streaming service Spotify (N:) which says the U.S. company unfairly limits rivals to its own streaming service. The Commission has yet to decide whether to open an investigation.