Home
Stocks
Green Sheet: MrBeast and PewDiePie will ‘freaking do something about climate change’ by planting 20 million trees
Prev Article Next Article 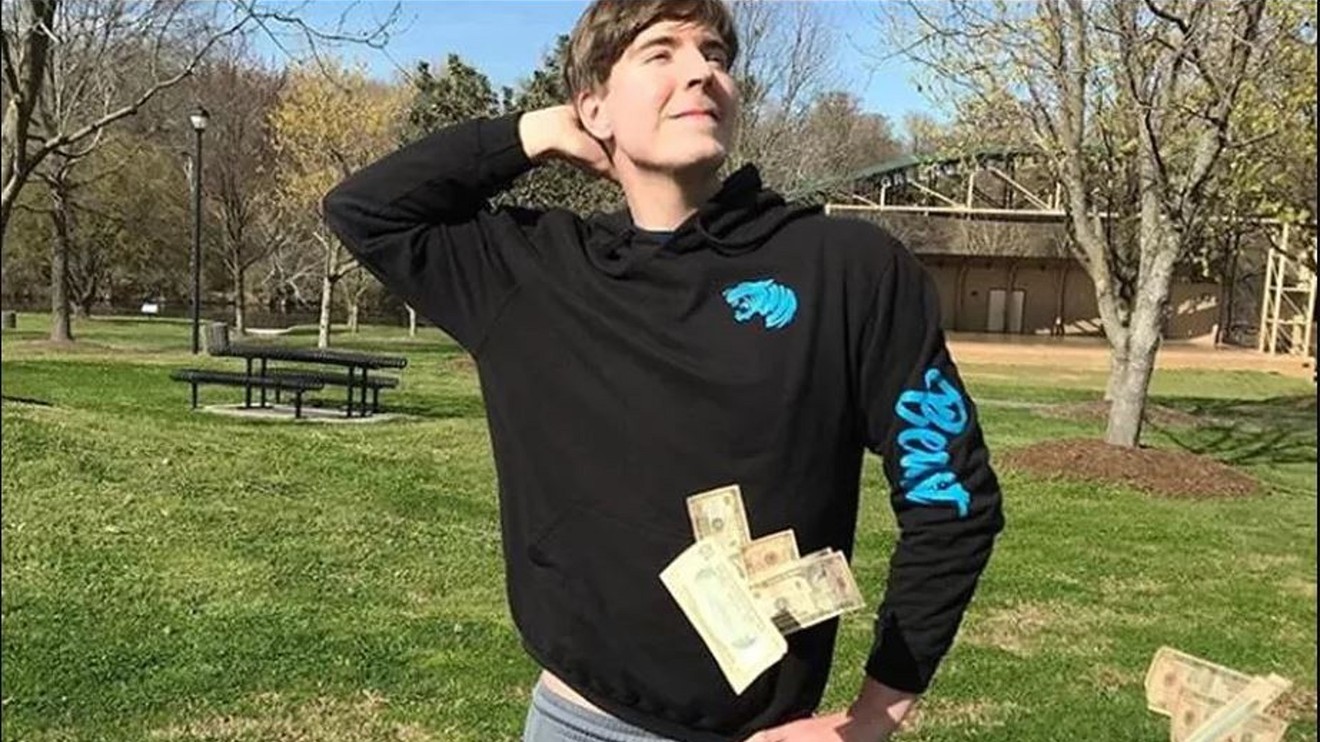 Evidence of the increasing effects of climate change is building, as are the investing opportunities and changes in consumer habits linked to environmental concerns and resource use. Here are select dispatches about the companies responding to customer demands and climate risk, the ESG investors and their advisers, and the policy-makers, enterprising individuals and scientists preparing for tomorrow.

“It’s freaking time to do something about climate change.” That’s the motivating pledge from Jimmy “MrBeast” Donaldson, the social-media personality considered to be YouTube’s favorite stunt philanthropist. MrBeast has accomplished a feat that no other individual has achieved in YouTube history: surpassing 10 million views on every single video he’s posted for more than a year straight. Now, MrBeast says he will partner with more than 600 fellow YouTubers, including PewDiePie and MKBHD, to plant 20 million trees. He aims to raise $20 million by the end of the year to fund his initiative #TeamTrees. Alphabet-owned GOOGL, +1.95%  YouTube is covering the fees tied to the donation collection. The effort began earlier this year when Donaldson’s fans on YouTube, Reddit, and Twitter TWTR, -0.79%   suggested he plant 20 million trees to celebrate reaching 20 million subscribers. It’s the type of challenge that Donaldson has built his YouTube career on, with grand-scale challenges and charitable acts that result in tens of millions of people watching his videos, the Verge reported.

Read: Facebook, Visa among the stocks with high ESG marks — enough to outrun the S&P 500

Giant scoop nabs plastic before it reaches oceans. A 25-year-old Dutch inventor named Boyan Slat is widening his effort to clean up floating plastic from the Pacific Ocean by targeting the rivers that flow into larger bodies of water. On Saturday Slat unveiled the next step in his fight: a floating solar-powered device that he calls the “Interceptor” that scoops plastic out of rivers as it drifts past, the Associated Press reported. The vessel is designed to be moored in rivers and has a nose shaped to deflect away larger floating debris like tree trunks. The machines currently cost about 700,000 euros ($775,600), but Slat said the cost will likely drop as production increases. Every year, 8 million metric tons of plastics enter the oceans on top of the estimated 150 million metric tons that currently circulate in marine environments, according to the Ocean Conservancy.

P&G to boost use of recycled plastic in cleaning brands for Europe. Procter & Gamble Co. PG, +0.19%   last week said it will more than double the amount of recycled plastic it uses in packaging for its household cleaning brands in Europe by early next year, Dow Jones reported. P&G said it will convert more than 300 million bottles of cleaning products a year to either 100% recycled or partially recycled plastic. Consumer goods giant Unilever UL, -0.66%   earlier this month committed to halving the new plastic for its goods by 2025 — a goal that would cut its use to 386,000 tons of new plastic each year from around 772,000 tons in 2018.

Jerry Brown: California is a preview. As Californians suffer widespread power outages and mass evacuations due to wildfire dangers, former Gov. Jerry Brown is warning that the dark scenario may be “only the beginning” for Americans across the country — unless officials in Washington seriously tackle the issue of climate change. “I said it was the new normal a few years ago,’’ Brown said in an exclusive interview with Politico. “This is serious …. but this is only the beginning. This is only a taste of the horror and the terror that will occur in decades.’’

Brown, the former four-term governor of California, has launched a California-China Climate Institute. In November 2018, after the devastating Camp Fire broke out in Northern California, killing more than 40 people and destroying thousands of homes, social media users began sharing a three-month-old article that placed a share of the blame for California’s 2018 wildfire season, already one of the most destructive in living memory, at the feet of Brown. In September 2016, Brown did veto SB 1463, a bill in the California legislature which would have required the California Public Utilities Commission to prioritize areas at increased risk from overhead wires in their management of wildfires. But a link from that veto to the widespread damage of the fires has been hard to prove, according to this Snopes fact-check.

Related: PG&E stock plunges to record low after Citi warns it could be worthless