Home
Stocks
The Margin: Check out the Under Armour spacesuit being worn by Virgin Galactic’s first space tourists
Prev Article Next Article

Under Armour has boldly gone from dressing athletes to outfitting astronauts.

The sportswear company was tapped to design the spacesuits for Virgin Galactics’ space tourists, who are set to blast into suborbital space flight next year.

The brands revealed the high-tech “spacewear system” in New York on Wednesday, which consists of a “deep space blue” base layer, a jumpsuit and boots trimmed with light blue elements and pops of gold.

Under Armour UA, -0.49%   kept safety, comfort and functionality in mind, it explained in a press release. Designers consulted with astronaut trainers, pilots, doctors and stylists to craft a versatile suit capable of providing cushioning or compression as needed during both the high gravity and zero gravity portions of the flight. It can also regulate body temperature and wick away sweat, and each suit will be custom-made and tailored to each astronaut so that everything fits just right.

Defining the future of spacewear. In partnership with @virgingalactic, we used our most groundbreaking and iconic fabric technology to create a suite of products for Future Astronauts. Learn more 👉 https://t.co/EyAmL6Qgt7 pic.twitter.com/ZcKapZUhu6

The suit also includes personal touches, such as a removable patch unique to each mission, which the explorer can put on his or her souvenir flight jacket once they get back down to Earth. Each suit will also have a patch representing the passenger’s country, a name badge, as well as a clear pocket on the inside of the jacket, above the heart, to keep a photo of a loved one or some other memento during the trip.

Beth Moses, the chief astronaut instructor and interiors program manager for Virgin Galactic’s SpaceShipTwo operations, said during the launch event that the suits were built to “enjoy and savor space on your own terms in your own way.”

Virgin Galactic’s spacecraft, which may blast off as early as next spring, can carry two pilots and up to six passengers. The ship will be dropped from a jet-powered aircraft at 40,000 feet, where it will fire up its rocket motor to climb through the Earth’s atmosphere at more than three times the speed of sound to reach the edge of space. The spacecraft and its passengers will be weightless for about 10 minutes before gliding back down to Earth. Tickets run about $250,000 per person, and some 600 people have already reserved a seat.

While the spacesuits are only intended for Virgin Galactic’s future astronauts, and will not be for sale to the general public, you can still get a piece of the action. Under Armour revealed limited edition T-shirts for $35 on UA.com on Wednesday, and a rep told MarketWatch that there will be a capsule collection in 2020 that will feature flight jackets, base layer pieces and hoodies. 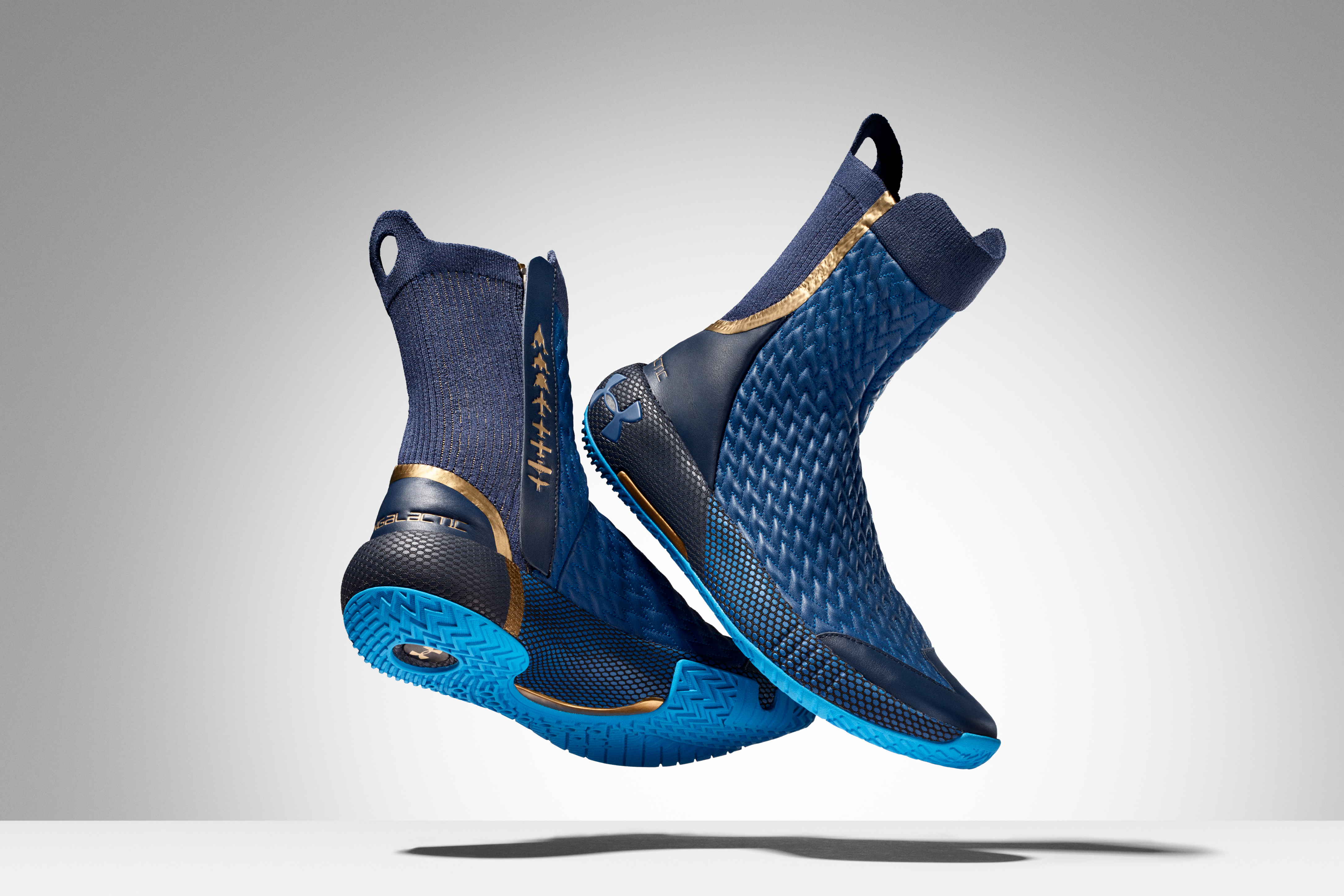